Driving directions to be updated soon.

OSAKA is the second largest city in Japan and the 13th largest city in the world, with a population of about 10.5 million people.Situated on a sheltered bay, it is also the commercial, shipping and industrial center of western Japan, the second major gateway to Japan after Tokyo and the transportation and communication hub of the Kansai region, with convenient connections to Kyoto, Nara, and Kobe, the Inland Sea area, and Shikoku, which are all nearby. Even though Osaka is flat as flat can be its name means “big hill". For a long time Osaka was the major commercial center of Japan.
Top Tourist Attractions in Japan
Mount-Fuji  (富士山)
Mount Fuji’s snowy peak through cherry blossom leaves. It is the highest mountain in Japan with a height of 3,776 meters (12,388 feet). The mountain with its volcano forms a symmetrical cone which has become a symbol for Japan.
Hiroshima-Peace-Memorial-Park ( 広島平和記念公園 )
Standing like a silent witness of one of the greatest tragedies of the world is Hiroshima’s Peace Memorial Park in the heart of Hiroshima. It was built to memorialize the victims of horrific nuclear bombing that took place here near the end of World War II.
Todaiji-Temple  ( 東大寺)
Home to one of the largest statues of Buddha, Todaiji Temple is one of the seven great and famous temples located in the city of Nara.
Matsumoto-Castle ( 松本城 )
The land of Japan is filled with many amazing castles. The Matsumoto castle in the Nagano Prefecture is one of the few that stands on a flat plain.
Kiyomizu Dera ( 清水デラ )
Kiyomizu Dera located in Kyoto is an amazing representation of the historic and legendary city of Kyoto.
Itsukushima Shrine ( 厳島神社 )
Miyajima Floating Torii, the gate of a famous Itsukushima Shrine, is a very sacred place to the Japanese culture and quite a popular landmark.
Himeji Castle ( 姫路城 )
The Himeji Castle in Himeji, of Hyōgo Prefecture is fascinating complex of castles and a brilliant architectural feat.
Kinkaku-ji (金閣寺 )
Pavilion is one of the most splendid and popular tourist attractions in Japan. With pavilions extensively coated in pure gold leaf, this truly is a sight for the sore eyes.
Great Buddha of Kamakura ( 鎌倉大仏 )
One of the most famous statues of Buddha lies in the city of Kamakura in Kanagawa Prefecture near the Kōtoku-in temple. 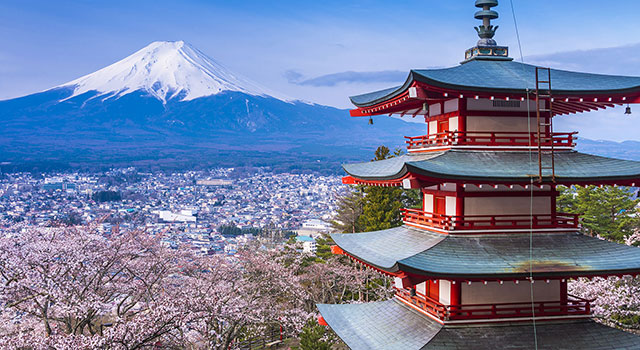